Search engine juggernaut Google has announced that it will heavily restrict all advertising on its platforms done by third-party tech support and repair businesses (such as smartphone repair, laptop repair and so on). It has taken this step in a bid to thwart the rise of fraudulent and ‘harmful’ companies that are using Google platforms to place their advertisements. 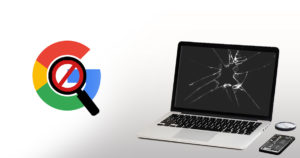 What’s more, this heavy restriction will be followed by a roll-out of a verification process for companies in the tech support sector to filter legitimate businesses from the scams.

David Graff, Google’s director of global policy said in a post on the Google Ads blog that the company is currently pushing back against fraudulent companies, which has resulted in these extreme measures. The company reportedly also takes down 100 ‘bad ads’ per second.

According to Graff, the company has also worked with law enforcement and government agencies to address abuse in this area. However, because the actual fraudulent activity takes place off the Google platform, it becomes increasingly hard to separate the legitimate businesses from the bad ones.

Graff admits that measures won’t result in the complete elimination of ‘bad actors’, but the company will keep doing all it can to keep its advertising platform safe for everyone.

This new policy is already having drastic repercussions for third-party tech support providers, as even legitimate businesses are being restricted from advertising. Since this is an industry-specific ban, even working with an Adwords agency won’t help your case, regardless of how well-optimised your campaigns are!

Google’s Ad Grant for Nonprofit Organisations: Everything You Need to Know