History Of The City Of Melbourne

Melbourne serves as the capital of Victoria in Australia. The city was founded in 1835 during the time of King William IV. Melbourne did not start through official channels. Instead, the city was built by settlers from Tasmania. These settlers were looking for a new home. These settlers were mostly farmers who needed pastoral land for their stock. They started the Port Phillip Association to lead the exploration of new pastoral lands in and around Port Phillip. The lead explorer for the Association was John Batman who set sail on May 10, 1835, to explore for land. 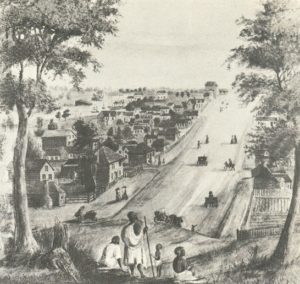 The exploration party entered Port Phillip on May 29th, anchoring their ship just off shore. The explorers then made several excursions into the countryside. Within a very short time, the team purchased 600,000 acres at Merri Creek. This land is now very near Northcote. The team bought this land from eight aboriginal chiefs. Later, the Government canceled the purchase and had to reimburse the Port Phillip Association.
A few days later, Batman recorded in his journal that the team landed on a spot near what is now the Commonwealth Parliamentary Offices. In August of the same year, the ship “Enterprize” arrived at the site and began erecting the first home in the settlement. Still, there is some dispute on who was the first founder of Melbourne. Some believe it to have been Bateman, while others support the belief that is was people from John Pascoe Fawkner’s party who actually founded the great metropolis of Melbourne.

On October 22, 1841, Melbourne was divided into four different wards. Commissioners were elected to govern the Melbourne markets. These markets consisted of hay and corn, cattle, fish, fruit and general produce. Each market was established within one of the individual wards. Melbourne has always been a province under New South Wales. As the city grew, the residents asked for more autonomy in governing their own affairs. As a result, Melbourne was incorporated in August of 1812. 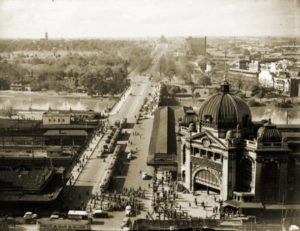 A town council and a mayoral position were established and the first mayor of Melbourne, Henry Condell was elected. The first meeting of the Town Council was held on December 15, 1842, at the Royal hotel. All meetings were open to the public and the Mayor, Town Surveyor, and Town Clerk was provided fixed salaries.

The City of Melbourne has a rich and fascinating history. From its beginning as a small settlement to the metropolitan area, it is today, Melbourne has continued to grow. It has now become one of the major cities in Australia with a thriving economy and one of the preferred tourist destinations for people visiting Australia. In contrast to Sydney, the structure of the city is much more planned as the city is not as old. The culture of Melbourne has also evolved with time and it is now home to several nationalities and prides itself in being a multicultural city. It is also one of the more expensive cities in Australia to live in because of the population density and premium real estate.