Looking To Buy A Property in Melbourne?

The Most Affluent Suburbs In Melbourne

For over 10 years, Melbourne has enjoyed having the title as “one of the world’s most livable cities.” This means that it evens outshines Sydney as one of the best places to live in Australia. So, what determines liability? Several factors may have contributed to this distinction such as housing affordability and shopping access.

There are over 35 suburbs in the city of Melbourne, but there are several of these suburbs that are considered the most affluent in the area. These three suburbs are Toorak, Hawthorn, and Brighton.

These suburbs have median home values of one million dollars, and these suburbs are considered affluent due to several factors including: 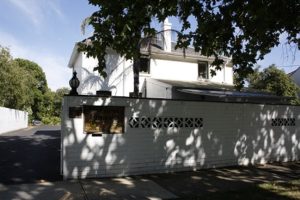 This suburb is located about 5km east of the Central Business District in Melbourne. As of 2012, the suburb had a population of almost 13,000 residents.

The name of the suburb has become synonymous with wealth and privilege not only among residents in Melbourne but also among residents around Australia. It has a reputation of being the home for the elite and those with prestige. It not only has some of the most expensive housing values in Melbourne but is also home to some of the highest earners in Melbourne. The average home in Toorak is $3 million. This is in comparison to the average home value in Brighton which is just under $2 million. 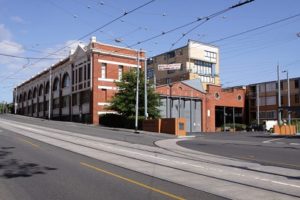 Home of the Swinburne University of Technology, Hawthorn is a suburb of Melbourne and is located 6km east of the Central Business District in Melbourne. There are also a variety of private schools for primary and secondary education.

Glenferrie Road is considered the major access road in the suburb, and it is lined with shopping malls and grocery stores. This suburb is also particularly noted for having an abundant and variety of restaurants in Melbourne.

Some of the most notable architecture in the suburb include Grace Park Estate, Hawthorn Arts Centre, and Tay Creggan. 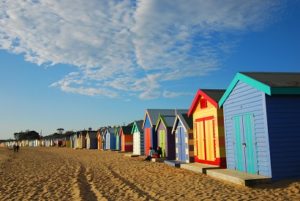 This is a suburb that lays beachside along Melbourne’s shore. It is located 11km southeast of Melbourne’s center. As of 2011, the suburb had a population of 21,257.

The suburb houses some of the wealthiest homes in Melbourne, next to Toorak. Beach Road is a popular route for cycling, while Bay Trail is perfect for walking/hiking. Dendy Street Beach has over 80 bathing boxes that have become a major tourist attraction in the city.

Overall, the southern and eastern suburbs of Melbourne are more popular and expensive than Northern and Western suburbs. This is mainly because the South-Eastern suburbs have better schools, lower crime rate and are relatively safer for family life. They are also convenient in their proximity to the Central Business District (CBD) and more attractive for families and businesses. As such, the real estate prices for these locations are at a premium.

Melbourne is an exciting city that draws people near and far every year. The affluence of its suburbs has helped propel the city into the global spotlight.