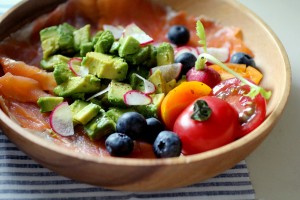 Dave Collins
22:50 02 Apr 20
The team at AP Web Solutions have done what other SEO companies could never achieve for us... Genuine Page One SEO Results for our business. We came to the team after false starts at 3 well established SEO firms looking for help and were a bit unsure if they could get us onto page one, but in a matter of months, we're on page one for almost all of our keywords. I can't recommend Abrar and the team highly enough. Delightful to deal with and exceptional results - a rare combination! Dave Collins Director ANGRYchair Video Productions

James McLoughlin
03:05 31 Jul 19
Abrar performed an SEO audit and one day training session for the organisation I work for. We implemented many of his priorities, through significant effort, and our Organic Users increased by 700%. Abrar is sincere, well priced and incredibly knowledgeable. Highly recommend.

Julia Landberg
05:30 27 May 19
Great people at A.P. Web Solutions! They have taken us to the top spots on Google and made sure we stay there. Not only do they deliver what is promised, but also communicate the statistics in a clear way with us so we know how to move forward and make the most out of our SEO and ads. We have seen an increase in traffic and enquirers about classes, and most of our clients have found us via Google. Being an acting institution in Melbourne with lots of competition, it's important for us to be found easily. A.P Web Solutions has definitely help us with this! Julia from Acting Performance Studio

Stuart Cooke
02:49 17 May 19
It's great to finally find an expert in the online space (SEO, Google Adwords, PPC) that actually deliver. Abrar and his team at A.P. Web Solutions are an asset to our business and provide us with the confidence to grow in the online space. Stuart Cooke Managing Director 180 Nutrition